Pranks: One Old and One New 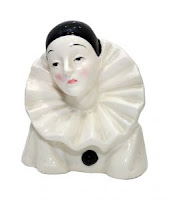 RemembeRED: Write On Edge
I was the boss of all things being the older sister. Pointing the finger at him was my usual M.O. We were 8 and 10.

Dad was stern and structured. Could be the years he spent in military boarding school? He ALWAYS put his things where they belong with everything lined up perfectly including his dress shoes for work. (I did NOT inherit this trait)
Surely it was his idea to crack eggs in my father’s shoes on April 1st. No further explanation needed except to say there were lots of chores with no allowance for months. Going forward, all we stuffed into his shoes was TP.
Frankly, I would have been pissed off too.
*****************************************************************
I’m not the type to pull a prank on a day that is dedicated to such things. I’m going to pick a different day like Christmastime, for instance.
My friend Susie (we call ourselves “sisters from a different mister”) was having “the couples” over for our Christmas dinner that night. She can get a bit stressed out because she really could be Martha! Perfection!
I caught a glimpse of her at the market with a totally loaded cart. She is always on her phone and kept wandering away. Without her seeing me, I called and starting chatting her up as she walked further and further away. The second she turned the corner, I snatched her cart and walked in the opposite direction.
When she got back to where it “used” to be, she started pretty much freaking out. “OMG, where’s all my stuff. I’ve been here almost an hour”. I watched her searching from afar, giggling. Finally, she marched to the front to have it announced over the P.A. system. Should I rile her up right before I was going to her house? I walked up behind her and gently bumped the cart into her. She turned around like she was going to kill someone, then burst out laughing when she saw it was me.
She has a great sense of humor and willing to put up with me. I'm lucky!
********************************************************************* 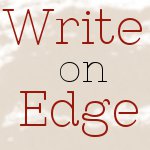 April 1st is a time for pranks and light-hearted jokes. Yet we all know jokes can take on a life of their own.
Fake announcements on Facebook, office supplies encased in jello, and cryptic phone calls are all designed to elicit laughter, but what happens when someone reacts to the prank in an unexpected way.
This week we’re asking you to write about a time that a prank, joke, or piece of gossip twisted out of control, producing unexpected results.  Unexpected doesn’t have to mean negative!
This week’s word limit is 350 words.

My friends know that if I come across you in the grocery store your cart might disappear but it is more likely that you'll find groceries you never intended to purchase.

Big sisters are supposed to keep little brothers out of trouble, aren't they. ;)

I am really giggling. I didn't know people still did actual jokes on April Fool's Day. I am that removed from normalcy, I'm afraid. I did see an idea on Twitter that I thought would have been hilarious, though time consuming (I'm not one for effort in a joke. I'd much rather steal someone's grocery cart on a whim rather than sit around and think about something to do) -- box up some of my kids' favorite things and write China on the boxes. Because that's where we're moving.

Oh, you'd have had no allowance for such a long time had that been my shoes egged. My husband told of the time they put jacks in his father's shoes on Friday. Then they forgot. He didn't wear them again until Monday, when he woke the whole house up with his screams. They tended the lawns of every neighbor on the street for the remainder of the summer. Ha.

Very cute! I probably would have strangled you, I take my grocery shopping very seriously! lol

Must have been half a year without allowance, or so it seemed. Had to pay for them!

Really, if you could have seen the look on her face when I bumped into her with her cart. We laughed so hard.

I understand payback is a bitch so I'm due I suppose!

I've done that too. Since she was having me over for dinner that evening, I thought I would mess with her just a bit more. We laughed so hard!

My brother was the mellow one and never got in trouble. I had to spice things up for the boy! I never let him get into any serious trouble though. Certainly, I wouldn't let anyone "mess" with him either.

I am that distracted shopper so I could totally see this happening to me! It would make me laugh though, after I found my cart of course!

Oh, and eggs in shoes? I never thought of that but wouldn't have been brave enough to do that to my dad! LOL

Kasey! Watch your cart the next time you're at the market! I would never let it get so far as to her re-shopping for everything. Would have taken forever (I'm actually laughing as I'm typing this).

Bad idea with the eggs. We really paid for that one.

Great joke to play on your friend--but I would have had a tiny conniption. I always 'lose' my cart in the store!

I know, right? The only reason I did it, actually, was because it was so full. I knew she'd freak. Mean me but I made it up to her! I misplace my cart all the time but I also misplace a lot of things so I'm used to it.

eggs?? yuck. very funny. i replaced the sugar with salt every april fool's day and my dad would have to remake his after-dinner tea. there were no hard feelings, though one year he was in a really bad mood and i tipped him off about the salt. so we waited for my brother to fix up his evening bowl of cereal:)

Good son! Cereal at night is a great snack, however, not with salt! Funny story!

That's sweet and funny. It was a tension breaker and the kind of a thing to bond friends.

She has a really great sense of humor and we love each other. She wouldn't stay mad at me long anyway!