“There is something in the autumn that is native to my blood—
Touch of manner, hint of mood;
And my heart is like a rhyme,
With the yellow and the purple and the crimson keeping time.
The scarlet of the maples can shake me like a cry
Of bugles going by.
And my lonely spirit thrills
To see the frosty asters like a smoke upon the hills.
There is something in October sets the gypsy blood astir;
We must rise and follow her,
When from every hill of flame
She calls and calls each vagabond by name.“

Encountered this brisk, first day of Fall.
Posted by Gina at 12:01 PM No comments:

I Have Small Talk Anxiety 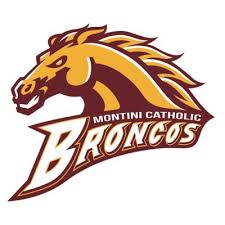 I am so conflicted about my high school reunion this weekend.
There was a picture taken at our ten year reunion long ago, which we recently passed around our group text chain of ten. Five girls and five guys.

The ten of us had wide, youthful smiles. Babies, really. Some of us married. Only one couple of the ten of us. Our eyes big and clear and looking ahead. The rest of our lives was out there waiting. We looked happy together.

The same ten from that ancient picture get together at least yearly. In the scheme of things and as rapidly as a year passes especially as we get older, I feel I just saw them. A mini-reunion every year.

This brings me to my inner conflict.

This question bugs me for some reason at my age and gives me great anxiety. If I haven’t seen you in one, five, twenty-five years and that’s the question you ask?

I never know where to start so the only answer that comes to mind is,

And of course, that’s not true. Tons of shit goes down daily. Who doesn’t if one has a family and responsibilities? Ask me something, anything, more specific!

There was a time where I was fabulously proficient at making idle chit-chat. I had to be because times called for it. But that was oh, so long ago.

Thinking of Saturday, I will be looking at a group of people I haven’t seen in years who are all going to ask me a variation of this same question. Or so it feels to me as I sit here contemplating what to do.

It fills me with anxiety. It just does. I already feel the “fight or flight” response kicking in.

So I asked my hair stylist while in her chair yesterday if I have to go. She said no.

I asked my husband, “Do I have to go to my reunion?”

I asked three of my closest friends if I have to go. Same response from all of them in one fashion or another, do what I want.

The thing is, I am feeling guilty about it because I said I would go. I also paid $40. Which is nothing compared to the Uber fees I will incur riding to and from the city out to the venue.

It’s not a money thing really. It is an anxiety issue. Or at the very least a “I’d rather be doing anything else” feeling. It is sitting in my gut quite heavily.

For me, it’s about finding comfort and peace and being where my heart wants to be and that is not at my reunion this weekend with old classmates that I don’t keep in touch with because maybe we didn’t want to after all.

I will most probably see “The Ten” around the holidays. They will give me shit for not going and I will have a handful excuses on the tip of my tongue. And of course, they won’t buy what I am selling. But it will all be all right anyway.
Posted by Gina at 8:31 AM No comments:

It's Monday! What Are You Reading? (Tuesday Edition)

Having an extremely hard time finishing books. Anything really. I am distracted. Wonderfully, horribly distracted. A little bit grumpy, too, if I am honest. Not really liking this combo, but what’s a girl to do? Read my way out of it?

Crossing to Safety by Wallace Stegner

This was my book club’s selection. These book club members are teachers, psychologists, marketing content…I got distracted again…

This is what I emailed to a book friend yesterday describing this book:

“This was my book club’s pick. What a literary group they are! It’s like Mr. Bridge or Mrs. Bridge. Did you read those? Or Seinfeld. Nothing overly dramatic happens, but you’re glued to the mundane. It’s about relationships, marital and otherwise, day-to-day working academics, college professors, writing! All the things you love! It is wonderfully written. Kind of Stoner-esque without the sex. I enjoyed and found it incredibly compelling. I recommend!!!”

I will definitely tackle another Stegner. Boy, does he write characters well!

Lady in the Lake by Laura Lippman

I decided to pick up this one because I very much liked Sunburn. I have had bunches of driving time lately, so listening to a thriller was in order and needed to balance out simultaneously reading Crossing to Safety, which requires treading carefully.

I found this one engaging and satisfying! Actually, I fell asleep last night listening to it through my pillow and had to replay a large chunk this morning. I was in a need to know now mood.

Newspaper columnists, forbidden relationships, a couple of murders, coverups and, of course, everyone manipulating everyone.

Fairly light and exactly what I needed.

I need to eat breakfast then exercise because my class reunion is this weekend. I also need to finish The Most Fun We Every Had by Claire Lombardo, which I set aside to read my book club selection. Halfway through and liking!

Looking for an audiobook recommendation to fill some time? Got any?

As always, I have a stack of books next to me. They give me comfort. I touch them a lot.

What are you reading these days? Anyone?

Email ThisBlogThis!Share to TwitterShare to FacebookShare to Pinterest
Labels: book club, book friend, BOOKS, HMU, It's Monday! What are you reading?, missing, what have you read
Newer Posts Older Posts Home
Subscribe to: Posts (Atom)