I was going to write one thing this morning because it has been weighing heavily on my mind, but it is too big of a "thing" (aka a rant) for a five minute Sunday stream of consciousness entry. So you get to hear about something else (aka potentially mundane). Yay, you!

So here are the rules set forth by All Things Fadra. Write for five minutes. Don't edit, fix, tweak or touch the words once down. Press publish.

I have been gonezo, out of the country, halfway around the world on a cross country tour of Nepal with a dear friend (here's a shout out to you Air!), leaving my family behind, high and dry if you ask them, for 2 weeks. Breaks are good, right?

The time difference between here and Kathmandu is 10 3/4 hours (ahead). Have you ever heard of such a thing? Not 10 hours. Not 11 hours. Not even on the half hour. 10 3/4 hours. Whose idea was that? Maybe, I think, Iceland has a wacky time difference by being on the half. I don't know, but, come on Kathmandu. Try calculating this on the fly to figure out a suitable "FaceTime" time or texting time. Actually, because it was morning for me and night for them, there were advantages. I got to quickly participate in a few daddy/daughter date nights (my hubby likes to be occupied). And when it was tucking myself into bed time, they were well into their work days, and 'twas the perfect time tochat. It really turned out well because I would have my day of fun without the worry or, Yikes!, the disruption of daily home life creeping in. The only hitch was my college age son (as always?)who wasn't exactly with the program texting a few times during the night. Gave him a virtual smack upside the head!

Anyway, I haven't strung together more than two or three hours of sleep, particularly during the night, since I arrived home on Wednesday evening. My face falling onto my dinner plate. Yawning all evening while out with friends last night. It's been hard to concentrate. Hard to be productive, even unpack. Hard to do anything. Poor me, right?

This morning, right now, is the first time I don't feel completely inhuman (although I am tired of getting up before 6am everyday). I never knew jet lag could be so...so...debilitating! AHHHHHHH, but it was worth it! 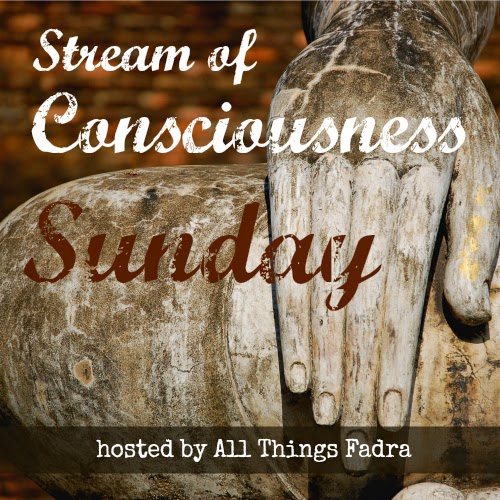 The Two Face of Doha

We arrived in Qatar in the starting semi-darkness of early evening. Temperature was wonderfully mild though not balmy as my mind imagined it should be. Faint pink tones of a recently set sun were still scattered across the sandy horizon. The soon sapphire blackness of the sky was in dramatic contrast to the city's neon lighting. Everywhere. Neon trimmed edges of unseen buildings. Illuminating sprays of water and faux palm trees. Bright on dark. Almost glitz. Never having been to Hong Kong, but the feeling I had was reminiscent of what I think it might be like, only lesser so.

The nighttime traffic moved at a tortoise's pace. Middle Eastern rush hour. Too many cars going too many places, or going the same place. I would purchase a bike if I lived here. If it weren't for the erratic driving.

As we approached the glittering  lights of the city "proper", we noticed men. Only men. And this would remain true until the sun came up. Was it our imagination that eyes were staring at the arrival of two fair toned blondes in a Muslim country. We must appear somewhat of a novelty amidst the jet black hair. Though the streets of this city must be well traveled.

After having slept an entire night on a plane, then engulfed in a feather bed with two giant, down-filled pillows, I sank heavily into my bed in an overtired oblivion. [Only to be disturbed by a middle-of-the-night phone call from my brother. "Why are you whispering?" "Because it's the middle of the night." "Oh, you're already in India? (Qatar isn't India but who cares?) I thought you left today." "No, I left yesterday." "Sorry! Bye!" "No worries. Can I call you tomorrow?" My brother and I don't talk often enough that I would ever consider pushing "decline". Even in the middle of the night.]

The only indication of daylight's break was a streak through a small gap in the curtain. And thank goodness for the sun's alarm clock.

Daylight also brought out women. And burkas. Some women in burkas with glimpses of jeans and high platform sandals beneath, and women in other traditional and conservative garb. But women. We suddenly felt less novel and somewhat happy for that.

Today we could see the buildings, which were only outlines last night. The fewer, older, hidden ones are entirely cream colored with intricate edges, Egyptian, or Indian in design. There is construction sprouting at every turn of the head. The new buildings look straight out of a Jetson cartoon. Unique. Hyper-contemporary. Modern on steroids.  No two buildings are the same, or similar. While the architecture of Doha is visually interesting and stimulating and eye popping, the daytime Doha landscape belies that of the evening's allure. If not for the water's azure presence and the sun's reflective glint off it, the ground is gray. People merely characters in its landscape.

Sitting on the tarmac waiting, it almost feels like I've been here for days, even 1,000 days, though it's only been 19 hours. Doha is certainly different by day than night. I don't know. Maybe I already expected this in my mind, but the true reality of it seems starkly apparent as I depart.

Why is it that being spoken to in a British accent by a male seat mate makes one gooey inside? Maybe it is just me. Sucker!

(What am I reading? I absentmindedly left The Love Affairs of Nathaniel P. on my hotel bedside table. I was in the middle, and loving it! Downloaded it to my phone at the airport so that I can proceed without disruption, though chose instead to fly with Bad Behavior by Mary Gaitskill. Gaitskill makes me, compelled me, to write. Sometimes I feel schizophrenic.).
Posted by Gina at 11:34 AM 3 comments:

Things are very different, bustling and male oriented. Oh, it is also "dry"(ish), and the toilets are square! Kathmandu, here we come!