“Seven seconds of utter confusion because I answered, ‘Sometimes you feel like a nut. Sometimes you don’t.’ Would this be any clearer? ‘You do you, homie.’ It’s what originally drew you in, you know, and then you couldn’t help but have me.”

She smiles. Sassy even after thirty years. 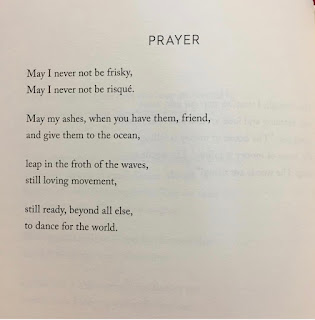 Email ThisBlogThis!Share to TwitterShare to FacebookShare to Pinterest
Labels: Rest In Peace Lindz, This

I haven’t “won” a Goodreads giveaway in years. Used to score them regularly five or six years back.

But time’s a changing, and I’m thrilled to freaking pieces!

I was notified by Goodreads email this morning that “The Female Persuasion” by Meg Wolitzer would be arriving soon. You know her; she wrote the amazing “The Interestings”.

If that wasn’t crazy, lucky enough, LitHub also informed me today I will be receiving “The Italian Teacher” by Tom Rachman. I have always, always, always wanted an Italian teacher of my very own, and it shall be mine. Sort of.

I must be living right.
Posted by Gina at 1:40 PM No comments:

Email ThisBlogThis!Share to TwitterShare to FacebookShare to Pinterest
Labels: An American Marriage, BOOKS, Call Me By My Name, Educated, giveaways, Goodreads, LitHub

There are nine people who I believe actually get my sense of humor. Yes, I counted prior to starting these five minutes and those 30 seconds will not be included. Not sorry.
The interesting thing is only one I see daily. The rest are essentially long distance. But it’s the kind of distance that takes a split second to cross. They’ve always been in exactly the same place they always were. There. No need to question.

These people make me feel good. No matter what. And who doesn’t just love these kind of people so hard?

We can start a conversation down in the dumps, talking about something very seriously wrong about life, about us, about someone we care deeply about, and then something makes us laugh or one of us says something, usually inappropriate considering the context of the conversation but soothing nonetheless and somehow it feels perfectly right. Again.

Laughter, aside from the random, funny stuff we all see on the internet or the unexpected events during the usual course of life and for me, comes from comfort. Am I comfortable enough with this person to be vulnerable, quirky and oftentimes irreverent?  Are they comfortable enough with me to let their words flow without judgement? This is the magic place where uninhibited laughter happens. Those are the times I laugh the hardest.

There are nine of you.

This was a Stream of Consciousness Friday post. It's the Week 3, of the old school blogging, prompt for the Finish the Sentence Friday writing community co-hosted by Kenya Johnson right here and Kristi Campbell of Finding Ninee. This week we set a timer and wrote for 5 minutes on the optional prompt "Laughter".

Hoping today, while still early, is filled with a few funny moments. Not sure my class in American Art History this afternoon will spawn any giggles, but you never know, right? Here’s to hoping for the unexpected. Cheers!
Posted by Gina at 9:38 AM 17 comments:

Email ThisBlogThis!Share to TwitterShare to FacebookShare to Pinterest
Labels: finish the sentence Friday, stream of consciousness, too lazy too label

Because He Would Do It: Yeah Write Micro-Story 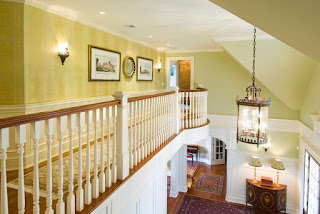 Blurred movements kept jerking my gaze to the balustrades above though no one else was home.

Desperate to believe, she hugged me tighter than I’ve ever been held because he was the kind of kid who knew exactly how to comfort her.

I never know what’s happened.
Though that’s not true.

You are an unpredictable one; I will give you that.
[psst…I kind of like it.]

I’ve gotten better at the spaces, don’t you know.
Sometimes they still prick.

(I did not just call you a prick though it has an authentic ring.)

My life is a busy buzz brimming with productive and rewarding things. Can it be too much? Too full? A bit de trop?

Sure, but that doesn’t mean I don’t have a second for you.

This is a very loose use of the 100 word prompt "Obsession" hosted by Thin Spiral Notebook each week. Could have used the word but chose to imply instead.
Posted by Gina at 5:11 PM 2 comments:

Email ThisBlogThis!Share to TwitterShare to FacebookShare to Pinterest
Labels: 100 word challenge, down under, East of Eden, fiction, just for fun, leaving on a jet plane, not, OBSESSIONS, practice more, reading

She Speaks to Me 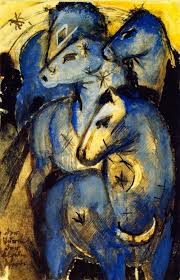 What struck me instantly were his gorgeous eyes. I am a complete and utter sucker for blue eyes, and I fell in love quick and hard. You know how girls sometimes do when a new boy shows up at school, mysterious and all.

He was the new kid in the place, and he had a way about him. He was light and funny and fluttery. His vivacious personality was hard to miss.

One thing we did not have in common is he liked peas and I do not.

He was my Henry, a pet name I gave him, and he came to the aquarium the same winter week I did. That was more than three years ago.

It wasn’t until I couldn’t find him in his usual spot to hand feed him his peas yesterday, I shouted over the microphone, "Has anyone seen my Henry?" that I learned he passed away last week. Poor boy. Was he a boy? I don't even know.

And though they promised another would replace him in the not too distant future, it will never be the same.

Most of them have green eyes… 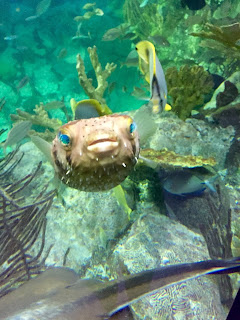 Thanks to my friend Kenya for letting me know that there is another opportunity for linking to a stream of consciousness writing community over at her place! This is probably my favorite way to write. Five minutes, quick and dirty! And on a Friday!!!
Posted by Gina at 9:52 AM 24 comments:

I long to have my computer with me at times like these so I could more easily tell you that I kind of yelled at a few people today.

I used to be quite the yeller back in the day. In my late twenties and throughout my thirties. I admit to being the occasional hothead. I account for this as a by-product of my fiery Italian roots and being stressed with work and a young family then not working, with no money and young children at home. The family would concur.

I could rip a deserving sort a decent sized hole and well, in my humble opinion. In some cases, I was quite proud... Let me qualify that, aside from hubby (unfortunately and only sometimes), I was usually fair with my rants.  Once detonated though, for me, it was over.

Life has since softened me. Thank goodness.

It’s more stressful for me to get angry and worked up than to remain as passive as possible in difficult situations. I also know better than to rip into the “wrong” people, the ones merely doing the work asked of  them by a boss. Nothing productive comes out of that!

It has worked, mostly.

It was an easy job fucked up for the third time (first time was the solar eclipse) and a state away from where I intended to spend my weekend. So I did raise my voice to some workers today. Kind of started out hot then toned it down when I saw their innocent faces because they didn’t derserve it. Their boss does.

I may attempt to remain passive, but I have my limits and will not be walked over.

In instances such as this, I hear my mother-in-law, a sage of sorts, whisper,

“It’s not always what you say, but how you say it.”

“It’s only a sink and countertops and they will be installed correctly because I am accountable to the family money manager, and he’s not going to be happy at all that I’ve already and stupidly paid for a job not done right. That’s my fault. Have a great weekend and tell your boss to give me a call.”

Excuse for Why I Did Not Achieve My 2017 Goodreads Challenge

I read fifty books last year. To some, that is a lot. For me, it fell short of my 2017 Goodreads Challenge goal by five books.

By November I was really bothered by the obvious. With Thanksgiving on the horizon rolling into an early December vacation then returning to Christmas in full swing, I told myself there are worse things than not reading 55 books in 2017.

Let’s back up a bit.

It started this Autumn when the air pinked the cheeks and the darkness came sooner.

You see, my husband is not a reader. I am not an avid sports spectator, Cubs aside. One common interest while at home is watching something interesting. And for lack of good movies On Demand, previous overindulging in the Food Network and HGTV, and with many recommendations from friends in hand, we launched ourselves firmly into…

It began with The Killing, which is based on a Scandinavian mystery series, and it is outstanding. Four seasons with approximately 10 episodes per.

Then I can’t remember the order.

Bloodline (multiple seasons)
Silicon Valley (more seasons than I realized)
Ozark (one season)
Mindhunter (one season, boo! hurry!)
Master of None (two seasons and fun!)
The Crown (second season came out in the nick of time on 12/8/17)
Stranger Things (two seasons and oddly addicting)

Then the polar vortex came and so did…

During the sixth episode of Broadchurch, I needed toothpicks but still wanted to start the seventh. I’m pretty sick so it was a struggle staying up until 11:00 when I took NyQuil.

On my own this year, I watched Unbreakable Kimmy Schmidt and Orange is the New Black.

So really, I am blaming Netflix for severely cutting into the time I would ordinarily spend reading.

I will make it if I want to.

Any suggestions for January?