Don't Trust The Bitch In Apartment 23! 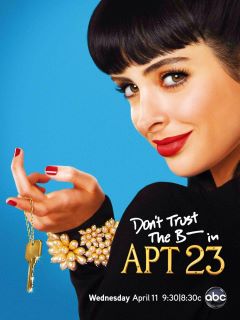 Way back when, I alluded to a friend I met in January at Bikini Bootcamp in Tulum, Mexico. Her name is Krysten Ritter. She is a lovely, accessible (she originates from the tiniest town in Pennsylvania), super funny, and down-to-earth girl who happens to be an actor.  She's as normal as can be. She even dragged her boyfriend to Bikini Bootcamp, an actor as well (a principle in “The Hurt Locker”) which is a feat in and of itself. It’s pretty much taking one for the team being only one of two guys amongst 23 women. He survived and actually had a great time. 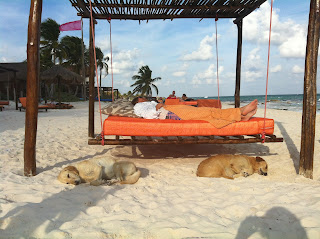 The best part of meeting Krysten, besides her general awesomeness, was she’s got it all going on. She is a writer, producer, and musician as well.

Why am I telling you this now?

She contacted many of her friends to remind us the movie she co-wrote, produced, casted, acted in, etc. called L!fe Happens (Universal named it and she doesn’t like it) is premiering tonight in L.A. It was so low budget that she talked her friends into acting in it with her then shot it in her back yard. It’s opening for the rest of us on April, 13th (in 80 theaters). If it comes anywhere near your home, please consider going. Krysten has been all over the mags recently as an “up and coming” and “rising star” also the movie has had positive reviews.

General premise is BFF's living together and only one condom to be had. One gets pregnant and it's the story of how these girls raise an unexpected child. 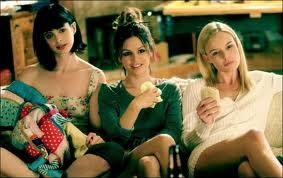 The even bigger 411 to share here is that “Don’t Trust The B*%#H in Apt. 23” premieres on April 11th right after “Modern Family”. I am not a T.V. watcher but I will tune in to this for sure. Be patient…give it some time to warm up (I saw the pilot). She assured us the episodes get funnier and funnier. 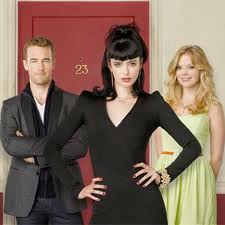 I'll have to watch this! Bikini Bootcamp sounds like it was tough. Hopefully it was worth going and you came home tanned and toned :) Enjoy your week and thanks so much for stopping by today!

sounds like a great idea. i will check into where it is playing. i'd like to see it. thanks:)

Thanks for visiting, Leslie! Watch for Krysten!

Bikini Bootcamp is a blast...if you like to exercise (the 5 hours are spread out and type of exercise mixed), relax on a gorgeous beach, eat fantastic/healthy food and meet really cool people from all over the place, it's for you. I've been four years in a row and have met some of the most incredible people. Clean living certainly gets you on the right track and I usually need a warm weather break during Chicago's cold winters.

You may see it before I do as I bet it will be more accessible in L.A. My guess is I'll have to track it down in the city.

5 days, the only amongst 23 women, in Mexico, at something called "Bikini Bootcamp"? I can think of worse things...

The show sounds good, too. I will check it out.

Actually it's a week long. Not too shabby for him or us. He's a great guy.

It's an awesome place...Tulum has one of the prettiest/quietest beaches I've seen.

More guys should join in the fun. We would welcome it!