The Couple That Works Out Together Stays Together?

I'm not sure this is a true statement...

Some people really enjoy sweating with their significant other…I mean working out together. They say it’s a bonding experience, fun and motivating. Couples who work out together, stay together is a saying we joke about when we see fit couples together at the gym. Of course, we also feel the need to razz them and comment. They’re friends so they usually just roll their eyes. 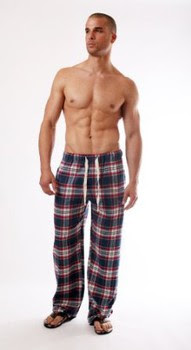 (This is a picture of my husband, isn't he hot?
That's me below) 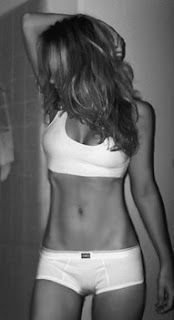 Slightly distracted...I personally find it to be none of the things mentioned above and it doesn’t work out for us at all.

We’ve really only formally worked out twice together over the course of a gazillion years. While vacationing, we’ll workout in the same hotel gym doing our own thing, arrive and leave together but that’s about all the interaction that takes place.

The very first time, I surprised him on a Saturday several years ago and had a workout scheduled in advance with our friend, Jen. I said, “Come work out with me. It’ll be really fun!” Jen is a kick your ass kind of trainer and creative when it comes to exercise.

The first problem… it was an hour, he bitched the whole time and said he would never work out with me again. In all fairness, he wasn’t in the shape he’s in now. It definitely became a joke at the gym, as we were never seen there at the same time ever again. “They don’t work out together, ever!” We agreed that he would, again, do his thing and I would do mine, and never our paths should cross.

By the way, he does work out with Jen on his own in the evening and I affectionately call it “his time”. He’s an ex-athlete with all sorts of aches and pains (errrr, excuses), so she tailors the time to his likes and needs. Works out pretty smoothly.

So, this leads into the second time we’ve worked out with Jen together more than 7 years later. It was yesterday afternoon…

Actually, I was the one who encroached on his personal time with Jen. I asked if he would mind if I joined them. What else was he going to say but “sure”? I suppose I didn’t leave him much choice in the matter other than looking like a meanie if he said no.

Unbeknownst to him, I texted Jen to check it out; was it okay with her plans? Her response, “Are you sure it’s okay with Rusty?” She fully remembers last time. I told her he said it was fine but I had a big question and I asked him the same one…”Is it going to be a weenie workout?” What I mean by that is he does a lot of exercises to supplement his golf game and it’s too passive for me. Both he and Jen said it wouldn’t be weenie.

Text from Jen right before we arrive…”This is going to be a really fun one!” I anticipate a problem from the minute I see these words. We have different definitions of what’s fun as it pertains to fitness. I choose not to tell him.

Yesterday officially became the last day we will work out together. One of us liked it because it was challenging and exhausting. The other one didn’t for the same reasons. I’m sure you can guess who is who.

However, I'm afraid this is the reality of us... 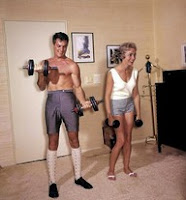 And just because I love this.... 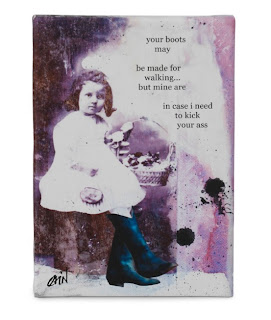 Ha. Love the pic at the end -- because so true! My husband and I don't work out together either. Tried a few times but we're on such different paths. And now he goes to the gym and I go to yoga. I still may do some push ups or squats or lift a weight a few times at home, but I never go to the gym with him anymore. Like you, I may consider going in at the same time, doing something wholly different on a completely different floor, then leaving together. Outside of that? Not interested. Also, I'm assuming him no happy about the challenging and exhausting. You are banned from his workout time!

Razz? Love that expression, have not heard that in years. Once before kids BK we used to go to the gym together - and for years we've taken yoga lessons but then he got competitive (to be honest he was better at yoga than me) so we agreed to do our namastes in separate rooms...

Love yoga! You're right. He wasn't happy I hijacked his workout but he said it was okay to join ;-)

I'm soooo banned from the 5:00 MW timeslot it's not even funny!

You know, I haven't said it in years but it popped into my mind when I was writing!

Some people ARE competitive with yoga. As much as I love it, I'm am wholly focused on myself so I could never really pay attention to someone else's practice. Love the "separate namastes rooms". Sometimes, separate is important.