Wait! What?!?!? Gina Wrote a Post AKA Mayonnaise and Making Out

[Surprise! Surprise! At long last, a blog post. I’ve decided what might work best is to focus on putting the proverbial pen to paper writing stream of consciousness style rather than working towards anything else for the moment. I want to tell stories! I want to write. I want to write (mildly) unfiltered stories.] 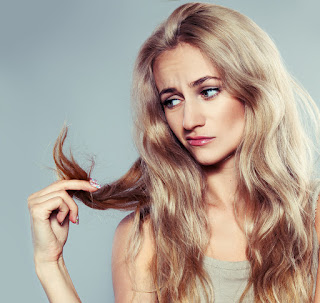 I recently finished a book called LaRose by Louise Erdrich. In the story, three teenaged sisters put mayonnaise in their hair to condition it. This called to mind the time I did the same thing.

I was a sorority girl at a large state university in the 80’s living with 60 girls simultaneously. And yes, it was a long time ago and that’s a lot of girls to live with.

We took all the quizzes in Cosmo and bonded over boy talk and sex talk (sometimes overlapping discussions, and other times not…) and girl stuff. It was equal parts fun and stressful. I am, and forever will be, a girls’ girl most probably due my positive sorority experience.

Junior year, a group of sisters gathered in the community dining room to study. It was finals week and I decided it was the perfect time to condition my hair with mayonnaise because Cosmopolitan magazine said it was the natural way to improve and grow it. I figured I could kill two birds with one stone. Ace my tests and have fluffy yet smooth hair at the same time. Made lots of sense.

I slathered French sauce all over my head then pressed on tin foil to fashion a form fitting cap in order to add some heat to the process (this part was my idea!). I set out to pound through my Business Law chapters. In hindsight, I am not sure I would recommend the foil part because there was some weird dripping involved.

One of many prudish house rules was visiting boys had to be announced and were only allowed in the formal living room, which had glass doors creating an intentional fishbowl effect.

“Gina, you have a visitor.”

You see, I made out with him over Spring Break a few weeks prior and I kind of liked him. And now he was waiting in the living room to see me.

I did the only thing a slightly vain college girl with a crush could think of in a pinch.

Though I am pretty sure he knew I was home, I told one of the sisters to tell him I wasn’t home, crawled out the dining room window and ran through the dark lawn to the back door so he wouldn’t see me in my silver space cap.

Let’s just say things with him frizzled out from there, but my hair was silky soft.
Posted by Gina at 8:24 AM

Email ThisBlogThis!Share to TwitterShare to FacebookShare to Pinterest
Labels: girl talk, mayonnaise hair conditioning, sorority woes, the things you do for love, writing

That story is hilarious. I never conditioned with mayo, but I sure did crack some eggs on my head and try to lather them up. Oh yea, that worked REAL well. Talk about an egg head!

Yep! And how about those skin tightening egg white facial! Oh, the things we do/did. I still do stupid things sometimes. You?

LOL!!! I thought the story was going to have a bad hair ending. I'm glad that at least worked out.

Poor Dave Henry missed out on telling the story of how he licked the Mayo out of Gina's hair. Can't say whether it would have made you famous or infamous. ;)

Oh, this made me snortlaugh. I'm glad you're writing. I wish I could find where my words went.

Was recently informed that mayo is great for conditioning and suffocating lice. Who knew it was so versatile!

Not sure either. I usually like to fly under the radar though.

Glad you got a laugh! I was panicked at the time.

Found my (brief) inspiration from a book. I stoped by to check on you a week or two ago. Yeah, we were in the same place.

What are you doing for our birthday?

Of course. That is always how things are. When you least expect it, expect it. I do remember putting raw eggs and mayonnaise on my hair. I mostly remember just how it smelled. Like salad dressing. Too funny.

I should have known or anticipated something crazy like that! I remember putting raw egg whites on our faces to tighten our (incredibly youthful) skin. Oh, to do that now!!!